Posted at 16:40h in News by Administrator
Share this:

Concerned about whether your mailed-in ballot makes it to the county clerk? 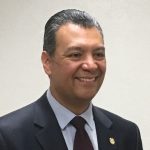 “Shoppers are already used to receiving updates on their online retail purchases, from shipment to delivery. Now we can offer the same service to voters.” — California Secretary of State Alex Padilla

Through the state’s Where’s My Ballot? website, a voter can receive an email, phone call, or text updating the status of a ballot.

“Shoppers are already used to receiving updates on their online retail purchases, from shipment to delivery. Now we can offer the same service to voters,” California Secretary of State Alex Padilla told GV Wire℠ by email. “Where’s My Ballot? will further strengthen voter confidence in the integrity of our democracy.”

Users can find out when a ballot has been mailed, received, and counted. And, voters can be alerted if there is an issue with the ballot.

Signing up is free. Voters need to provide their name, date of birth, and ZIP code.

Will Be Online Throughout the State for November

The service is offered in all but one county — Modoc is the only holdout. But Modoc should be signed up in time for the November election, according to Padilla’s office.

There is no cost to the individual counties. The Secretary of State has a contract with BallotTrax, a subsidiary of Denver-based i3logix, Inc.

Fresno started using the service for the March primary. Tulare County will use it for the first time this November.

“Voters are obviously always interested to make sure that their ballot was received by the elections official and counted,” Fresno County Clerk Brandi Orth said. “It’s a really terrific service. Several of our voters used it in March. I’m very happy with the service, and we hope that more people will sign up for it for the coming November election.”

Ballots are tracked through a special code on the envelope, known as an Intelligent Mail Barcode.

The envelopes are scanned in at every point in the process — when they are sent out by the election office, when they go through the postal service, and when they are returned by the voter.

BallotTrax uses a subscription service from the U.S. Postal Service to help track ballots through the mail, according to BallotTrax president Stephen Olsen.

The information is then sent to BallotTrax and conveyed to the voter.

Olsen said users of BallotTrax software in other jurisdictions have up to a 30% higher turnout rate than the general voters.

“Where’s My Ballot?” can even send reminders to voters.

“I’m one of those people that procrastinate, and my ballot is in the back of my car somewhere. I forget about it until our system sends me a reminder that you need to get your ballot in,” Olsen said.

BallotTrax piloted the program in Denver County, Colorado, in 2009. The service now is in 15 states, and 25 California counties used the service in the March primary.

“We’ve been building a lot of additional functionality for (California). We did some pilot testing last November,” Olsen said.

Olsen said that highly engaged voters are more likely to use the service.

“Voters want to know where that ballot is. So being able to send them a message gives them some peace of mind and increased voter confidence in the whole process,” Olsen said.

Olsen said users of BallotTrax software in other jurisdictions have up to a 30% higher turnout rate than the general voters.

The system can make calls in 14 languages to update voters on the status of their ballot.

“The voice messages can also be customized and recorded by the secretary of state or a local celebrity or a newscaster, whatever they want to do to make that voter experience more positive for those voters,” Olsen said.

Olsen said no one has enlisted a celebrity caller yet. 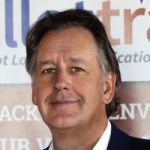 “All the data is fully encrypted. … We have multiple redundant firewalls to handle the data transition layers. The code is tested automatically every hour for both security issues.” BallotTrax president Stephen Olsen

Olsen is confident his company’s system is safe.

“All the data is fully encrypted. … We have multiple redundant firewalls to handle the data transition layers. The code is tested automatically every hour for both security issues,” Olsen said.

“Our system doesn’t really use any data other than what the voter registration information is and the postal tracking,” Olsen said. “It’s not something that would necessarily be a high target for somebody to hack. But we still take election security seriously.”

One of the glitches they learned early on was that some voters with the same name and birthdate in the same ZIP code had problems logging in. That problem has since been solved.

“We learned something during the early years … that we would have never thought had we not been running live elections for some counties,” Olsen said.